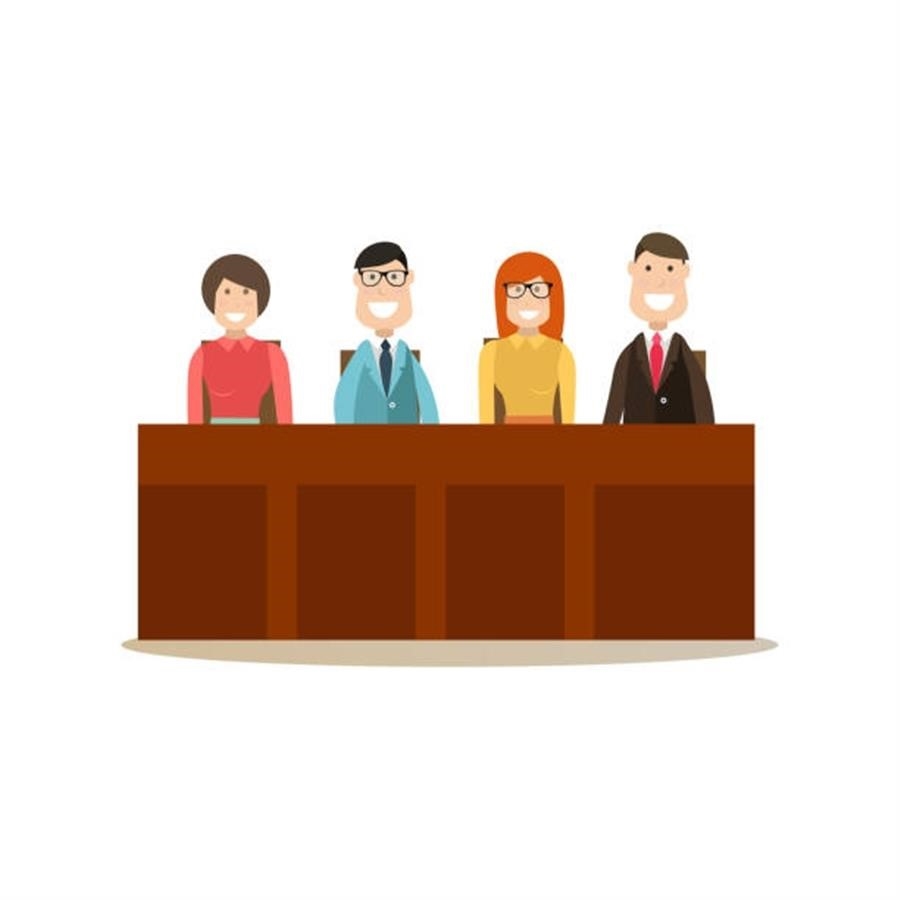 The Courtroom may appear to be a scary place and could be intimidating to a person that is unfamiliar with the courtroom and its’ personnel. To give you a better understanding of the way a courtroom looks and the functions of the personnel we have provided you the following definitions.

The Judge: The judge has many duties. The judge must see that the trial is conducted in an orderly manner according to prescribed rules and laws covering the selection of the jury, presentation of the evidence, arguments of the lawyers, instructions to the jury and rendering the verdict.

Courtroom Clerk: The clerk sits at the desk to one side of the judge. The clerk is an officer of the court and documents what happens in a case, orders made by the court during the trial, and the verdict at the end of the trial. The clerk also administers the oath or affirmation to jurors and all witnesses before they testify and marks all exhibits when they are received in evidence.

Witness: A person who gives testimony concerning the issue being tried.

Bailiff: The bailiff keeps order in the courtroom during a trial, opens and closes the court each day and attends to the jury while deliberating on a verdict. The jury should comply with the bailiff while in the bailiff’s charge.

Court Reporter: The court reporter records everything that is spoken on the record in the courtroom. These notes may be transcribed if necessary. The recording is made electronically without a court reporter in some courtrooms.

Lawyer/Attorney/Counsel: The legal representative of a party in a trial.

Attorney General: The prosecuting officer who represents the state in criminal cases.

Plaintiff or Petitioner: The person who starts a lawsuit.

Duty Counsel: Duty counsel are in-house or private lawyers (paid by Legal Aid Ontario) who represent people in need of immediate legal support in court for criminal, family and youth matters. They quickly assess a person’s legal problems, provide front-line advice, information and representation to individuals who would otherwise be unrepresented and unassisted in the courtroom.

For a more detailed description for the roles in criminal justice system please click here.

The Day of Court